Why Microchipping Your Employees Used to Be a Good Idea

Why Microchipping Your Employees Used to Be a Good Idea

Some of you may have noticed a weird news item this week: a vending machine software company out of Wisconsin just announced that they’re going to start microchipping their employees.

In a move straight out of Black Mirror, CEO Todd Westby said “We foresee the use of RFID technology to drive everything from making purchases in our office break room market, opening doors, use of copy machines, logging into our office computers, unlocking phones, sharing business cards, storing medical/health information, and used as payment at other RFID terminals.”

So far, public reactions have fallen somewhere between negative and apocalyptic. Users across the internet have argued that microchips don’t offer a huge advantage over using your phone or biometrics, that it’s another sign of corporate dehumanization, and that switching companies could present a whole new set of problems. As usual, Reddit is home to some of the more interesting comments:

Take a look at the coverage on Google News: 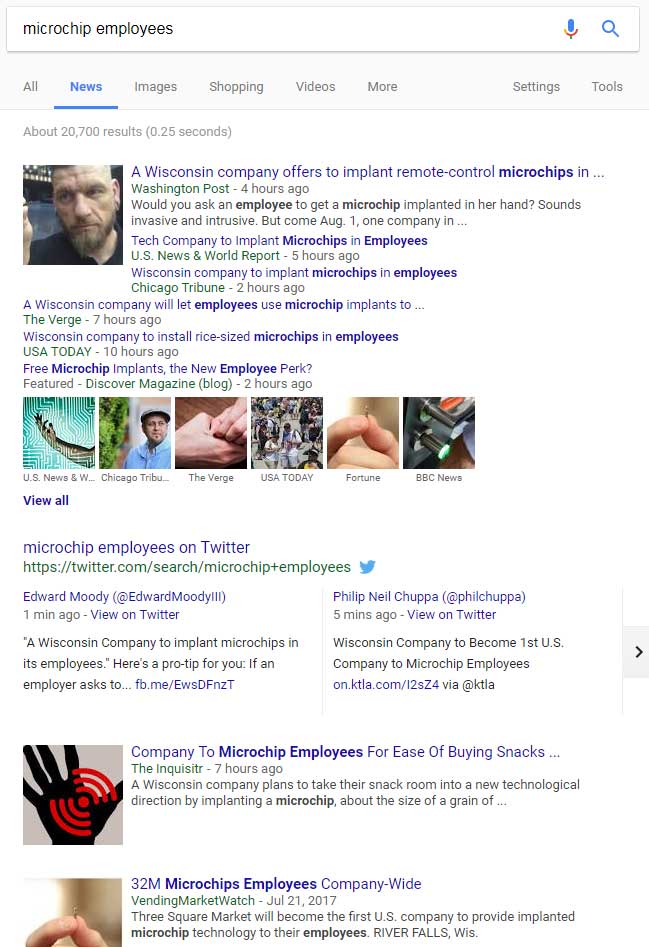 Last week, no one had heard of Three Square Market, because, let’s face it. They’re a relatively small B2B software company servicing a niche industry out of Wisconsin.

Today, the Washington Post, USA Today, the Verge, the Chicago Tribune, and everyone under the sun is not only talking about them, but linking to them too.

So far, the link analysis tool Ahrefs is reporting links from 31 domains, with their biggest link coming from a simple directory profile page on VendingConnection.com. This is on par with what you would expect from a local B2C business, like a plumber in a mid-size market.

Since this tool has some delay when it comes to new links, this is a good indication of what the site’s links were like before the news broke. We fully expect to see several hundred new editorial links from extremely authoritative domains by the end of the week.

Update 8/7/2017: Their website now has over 5,000 links from nearly 600 websites, including Yahoo, USA Today, Fortune, and Entrepreneur.com: 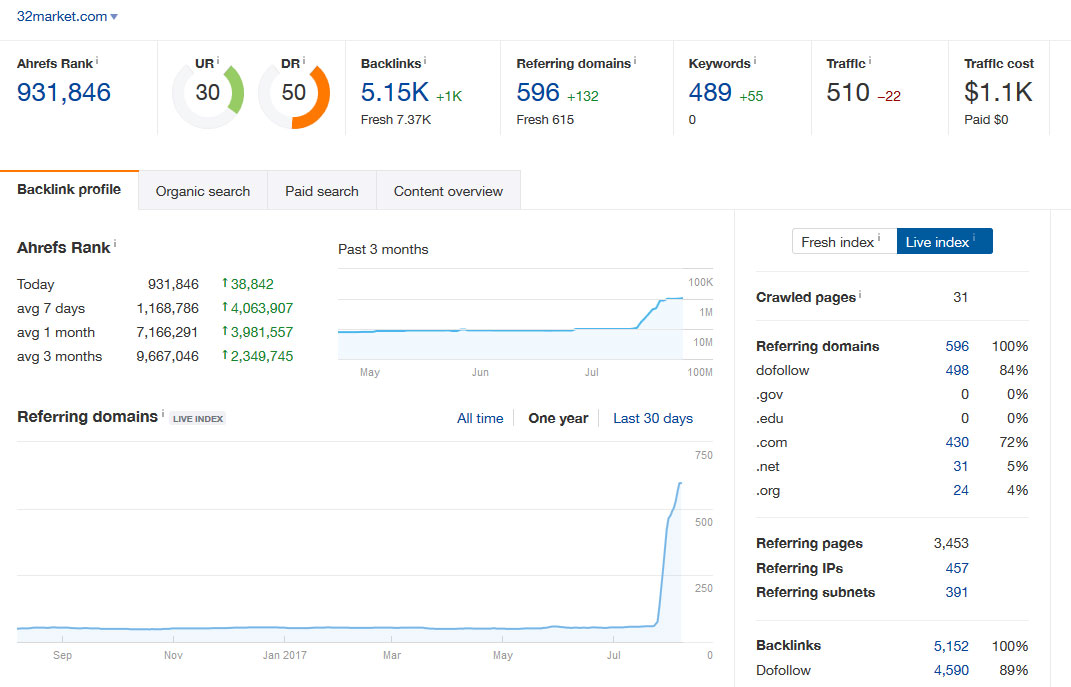 Beyond just the initial wave of news, Three Square Market also has the designation of being the first American company to microchip their employees. At a cost of $300 per microchipping procedure for 50 employees, or just $15,000, Three Square Market just bought themselves a boat load of press and a place in the history books.

Let me be crystal clear here:

Three Square Market’s decision to microchip their employees was nothing but a brilliant publicity stunt.

Of course, most of the press surrounding this story tends to be negative, and public perception runs even worse. That’s why it’s important to reiterate that this is a B2C company. Unless public backlash is overwhelming, it doesn’t matter what the public thinks: the company just needs to reach and impress the business owners and decision makers that are relevant to them. Since their whole business is built around futuristic and convenient POS systems for micro markets, the microchipping move sends a clear signal that they’re not afraid to push the envelope when it comes to technical innovation.

It’s hard to say how much of this move was deliberately orchestrated by Three Square Market, but there’s at least a chance that the company used the public’s negative backlash to reach their target market in a positive light. And if that was their plan all along, it’s hard to argue with the genius of it. Even if those microchips are still really creepy.

Again, for the cheap seats:

Three Square Market used negative public sentiment to amplify a story that would appear positive to their target market.